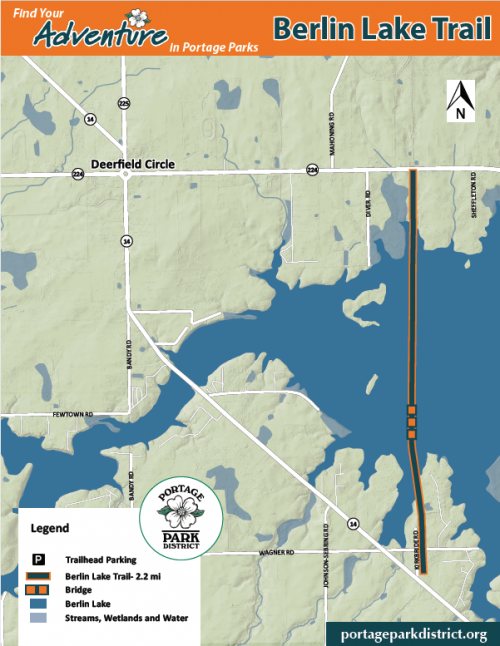 This 2.2-mile limestone-paved trail was built on the former Lake Erie, Alliance and Wheeling Railroad, constructed between 1875 and 1877. Ownership changed to New York Central RR then Penn Central RR. The bridge was rebuilt in 1942 with the construction of the Berlin Reservoir damming the Mahoning River. The railroad was abandoned between 1972 and 1976.

Trail development was made possible thanks to a variety of individual and organization donations, fundraising by the Berlin Lake Association, boy scouts, volunteers, state grants and through the cooperation of Deerfield Township, ODOT, US Army Corps of Engineers and ODNR.

The Berlin Lake Trail was initiated by the Berlin Lake Association back in 2006 when members with a vision for the future approached the Portage Park District to partner in its development. The Park District was granted a sublease on the trail from the Ohio Division of Wildlife, who leases the land from the US Army Corps of Engineers. The trail opened in fall 2011. 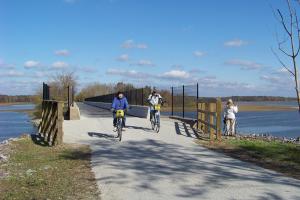 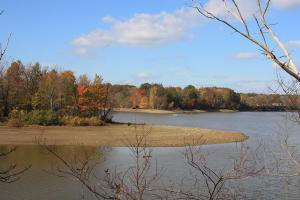 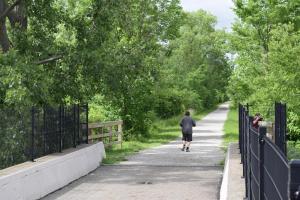 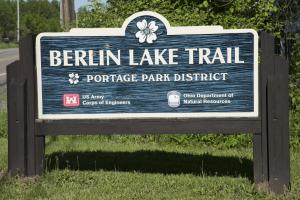 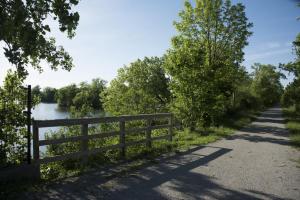 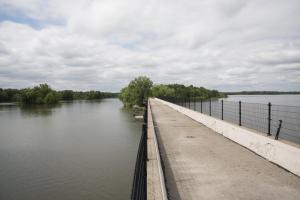