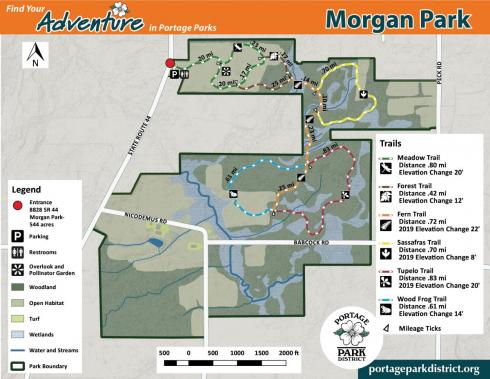 Pro Tip:  The Forest Trail can be quite wet during the spring and after rain events. Be prepared for muddy feet, but the views are worth it!

Morgan Park was acquired in 2009 thanks to several partners. The Western Reserve Land Conservancy worked with the Park District to acquire the property with several funding sources, including the Water Resource Restoration Sponsorship program through the Ohio EPA, the Clean Ohio Conservation Fund and the Burton D. Morgan and Margaret Clark Morgan Foundations. The Park District subsequently received OEPA funds to restore a stream and wetland on the property, including working with Kent State University students and volunteers from Best Sand to plant over 7,000 trees. The Ohio Department of Transportation provided funds to install a pervious asphalt parking lot to reduce stormwater runoff and local donors provided funds for the creation of the entrance sign and kiosk.

Due to very limited funding for many years, the Park District was unable to open the park, however, thanks to the passage of the District’s first-ever levy, Phase I of the park trails opened on July 10, 2016. The first trail winds through the meadow and connects to a second trail that dips into the woods. Phase II was opened in July 2019 and included the addition of four natural surface trails through the woods. 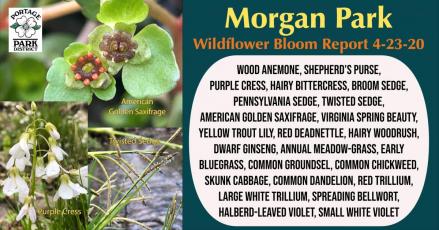 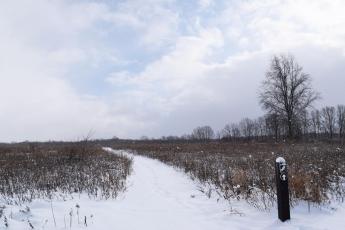 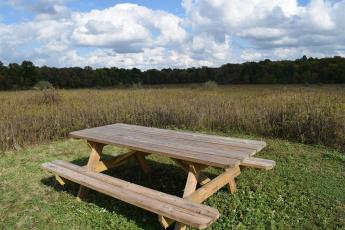 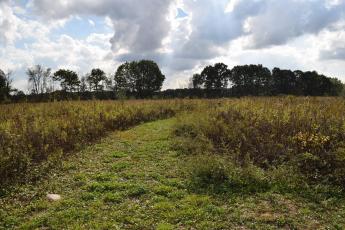 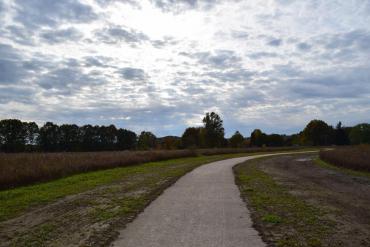 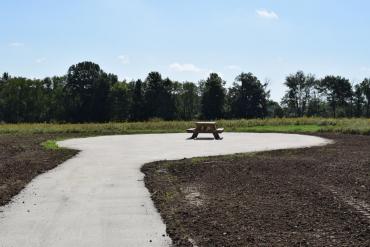 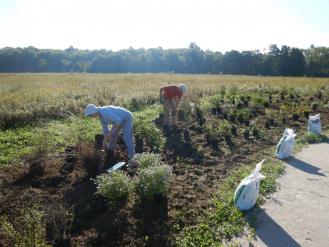